Chinese Food turned me into a non-vegetarian

Before I went to China I was a vegetarian. Not because of a moral question, I just never had luck with meat and always got the pieces with the highest amount of bones, tendons and cartilages. So one day I just stopped eating it and I never really missed it. There was one exception I’ve always made and that was when I had the opportunity to taste something special I’ve never eaten before. Most times I just asked one of my friends, who ordered a special kind of meat if I could taste a little piece of it and that worked good for me. I also made this exception for China, because of two reasons: First, there is so much unknown food in China I had to taste and second, without speaking Chinese I could be happy about any kind of food I get.

Where to get your food in China

When you come to China as a tourist and you do all this tourist stuff, like visiting the Great wall or Palace of Heaven you can easily find restaurants in the area of these places which offer menus in English or with pictures (or both), so you can have an idea of what you can order. This helped me so much. Sometimes the waiters can also talk a little English, but sometimes their accent is quite challenging.

I can definitely recommend you to get your food in restaurants and not on the street. I know, Chinese people can digest street food, so why shouldn’t we? One day I was walking around with some guys of my hostel and we tasted some street food, which didn’t taste or look bad, so we got some to share. End of the story 3 of 5 people also shared a cab to the hospital.

The strangest dish I ate

The strangest thing I ate was something that looked like tentacles for me. I like to eat squid so I had no problem with that. There was a special sauce for it and it tasted really delicious. The people I was eating with were friends I made in China and they looked a little bit confused when they saw me eating it. I asked them what this is, what I was eating and the respond was “If we tell you, you won’t eat this anymore.” That wasn’t a good answer but I thought it can’t be so bad for me, as long as the others are eating it too. So I made a picture of it and send it to another Chinese friend later.

“That’s stomach of a sheep, I guess. If you like it you should taste more intestines.” was her message. That was not the answer I wanted to hear as a freshly non-vegetarian.

What I can recommend

I am addicted to Chinese sweets since I was there. Sometimes they are a little bit strange, but after the second bite you will definitely like most of them. When I was in China it was summer and there was no day with less than 35°C. So Ice cream was a good snack at any time. The first Ice cream I ate was green tea ice cream. This is nothing you should eat when you expect something sweet, but it’s the experience worth. If you like something sweet you should try red bean ice cream, it’s great!

You can also get water ice in every park, which I really enjoyed during my walks.

My absolute favorite dish is called Baozi. It is a steamed filled bun most times with meat in it. I tried to cook this so often but I am really bad at this. I would go to China again only to eat Baozi.

Century eggs or Pidan are also worth trying. I know they don’t look that delicious to European people, but they taste really good. 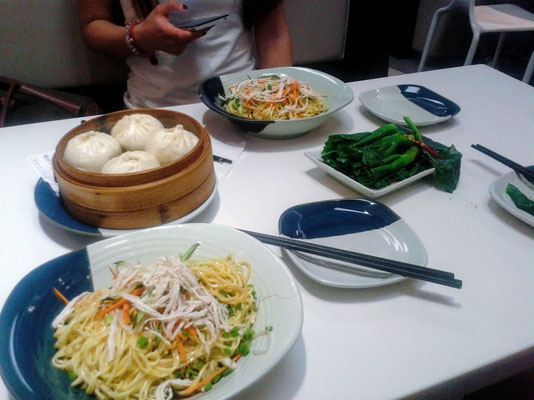 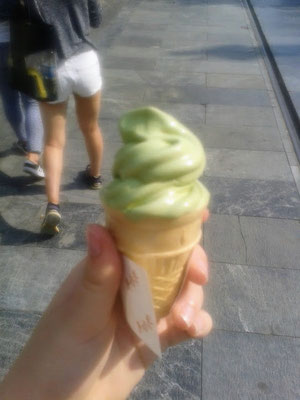 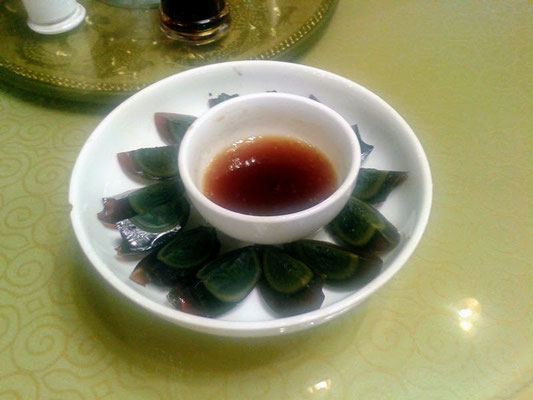 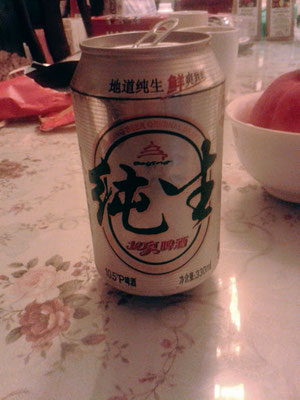 As I am blogging about places I visited, activities I did and things I bought, this blog somehow contains advertisement. I'd like you to know that I don't get paid for this, in any other case I will inform you about paid advertisement above the blog post.

Written with ♥ in Hamburg