It’s finally Summer and most people are on vacation now. Unfortunately I can’t travel this Summer but I can revel in memories about my last big vacation. So today I will take you to the top 5 sights you must have seen in Beijing.

I’ve never seen such a beautiful park before. Really, this was stunning! The Summer Palace was once the Summer residence for the emperor and is still a good place to rest and recover from the rush in the City. Compared to the Streets of Beijing this park is absolutely quiet. Most parts of the park are covered by the Kunming Lake. You can’t enjoy the cold water of the lake by swimming but you can make a boat trip, which also offers a fresh breeze.

I can recommend you to wear a good pair of shoes and to take your time to walk through the park. I spent half a day there and I guess I didn’t see everything. You can check how much of the park you have seen on your Ticket, because you get a stamp at every important place. 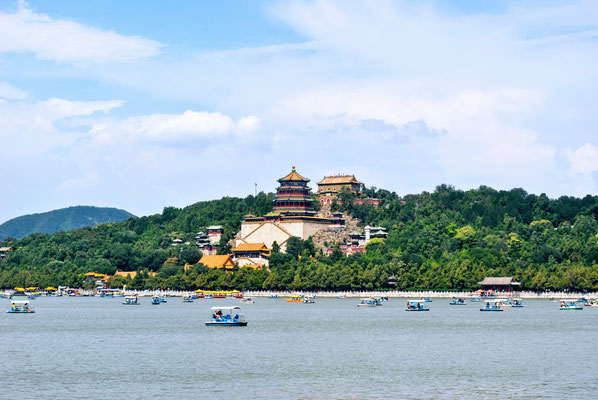 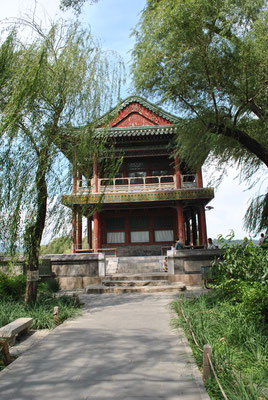 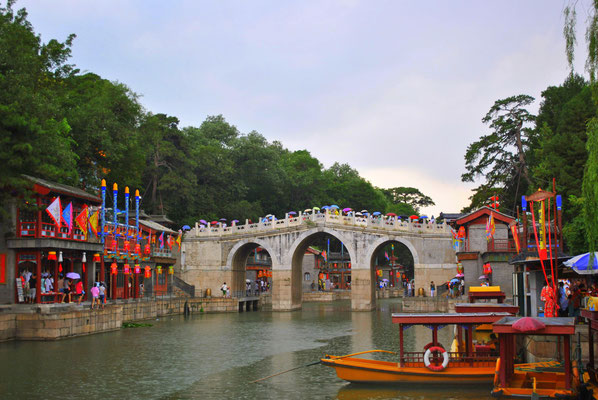 Since I was a child I wanted to go to the Forbidden City. This is also a part of Beijing you have to see as a tourist. It’s a must! This attraction is in the center of the city and quite easy to find. You will always enter through the Meridian Gate and can visit a lot of palaces and Halls. Some exhibitions are not included in the normal ticket price but it’s worth to spend a few Yuan to see some more of the Emperor’s treasures.

I can recommend you to come as early as possible, because the later it gets, the more people will come to visit this place and it will be quite crowded. Most important sights are around the Forbidden City so you can plan your trip very well.

This park is famous for the White Pagoda and a place worth visiting. Beihei Park was once a part of the Forbidden City  and contains one of the three “ Nine-Dragon-Walls”. These walls were built as a protection against bad ghosts. More than half of the park is covered by a big lake. You can make a boat trip there or walk to the Jade Island by feet to see the White Pagoda. 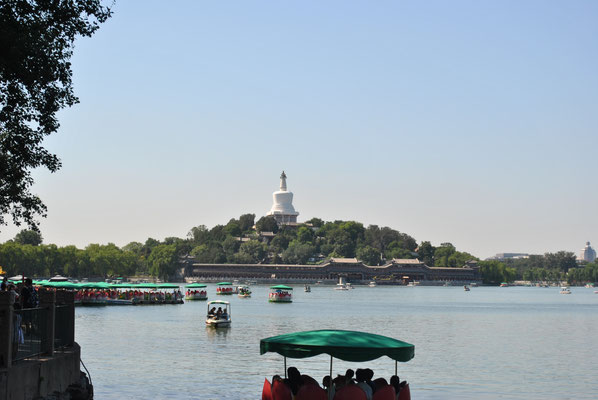 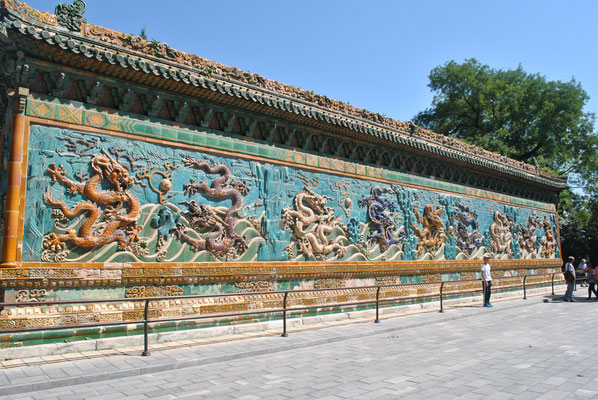 The lama Temple is the best preserved Lama Temple in China today. It is the most important Buddhistic Temple in Beijing and of course you should visit a temple when you come to China. Because of the high number of tourists there aren’t so many monks anymore, but you can see some of them there. When you buy your entrance ticket you will also get some incense sticks and a CD with a little documentation about the temple.  The most impressive thing is a huge Buddha statue in the Main Hall.

The National Stadium and Olympic Park

Actually the attraction starts at the Subways station, which looks like a running track. Near the Stadium there is also the Olympic Park. It is not the biggest attraction, but if you have enough time or want to have a nice run or kayak tour, take a look.

As I am blogging about places I visited, activities I did and things I bought, this blog somehow contains advertisement. I'd like you to know that I don't get paid for this, in any other case I will inform you about paid advertisement above the blog post.

Written with ♥ in Hamburg